You’re not alone if you rely on caffeine to get you through your mornings or your days. Whether you’re downing several cups of coffee before your morning walk or sipping an energy drink during a mid-afternoon slump, it’s easy to become dependent on its stimulating effects. Caffeine makes it easier to skimp on sleep or overload your schedule because after all, you can just add another caffeinated beverage to your daily lineup.

But of course, it’s not that simple. Caffeine’s benefits come with negative side effects, especially when you overdo it. These 4 signs will help you know if you’re going overboard on caffeine.

What Is Caffeine Anyway?

You’re probably very familiar with caffeine’s effects and where to find it (i.e. coffee, tea, soda, energy drinks, etc.), but what exactly is it?

Caffeine is a stimulant that naturally exists in over 60 different types of plants like coffee beans and tea leaves. Because it’s a stimulant, it increases your brain and nervous system’s activity, essentially speeding up your system and increasing the circulation of adrenaline and cortisol hormones.

When you’re feeling low energy, fatigued, sleepy, or just “blah,” a dose of caffeine can kickstart your mind and body. And who wouldn’t want that?

How Much Is Too Much Caffeine? 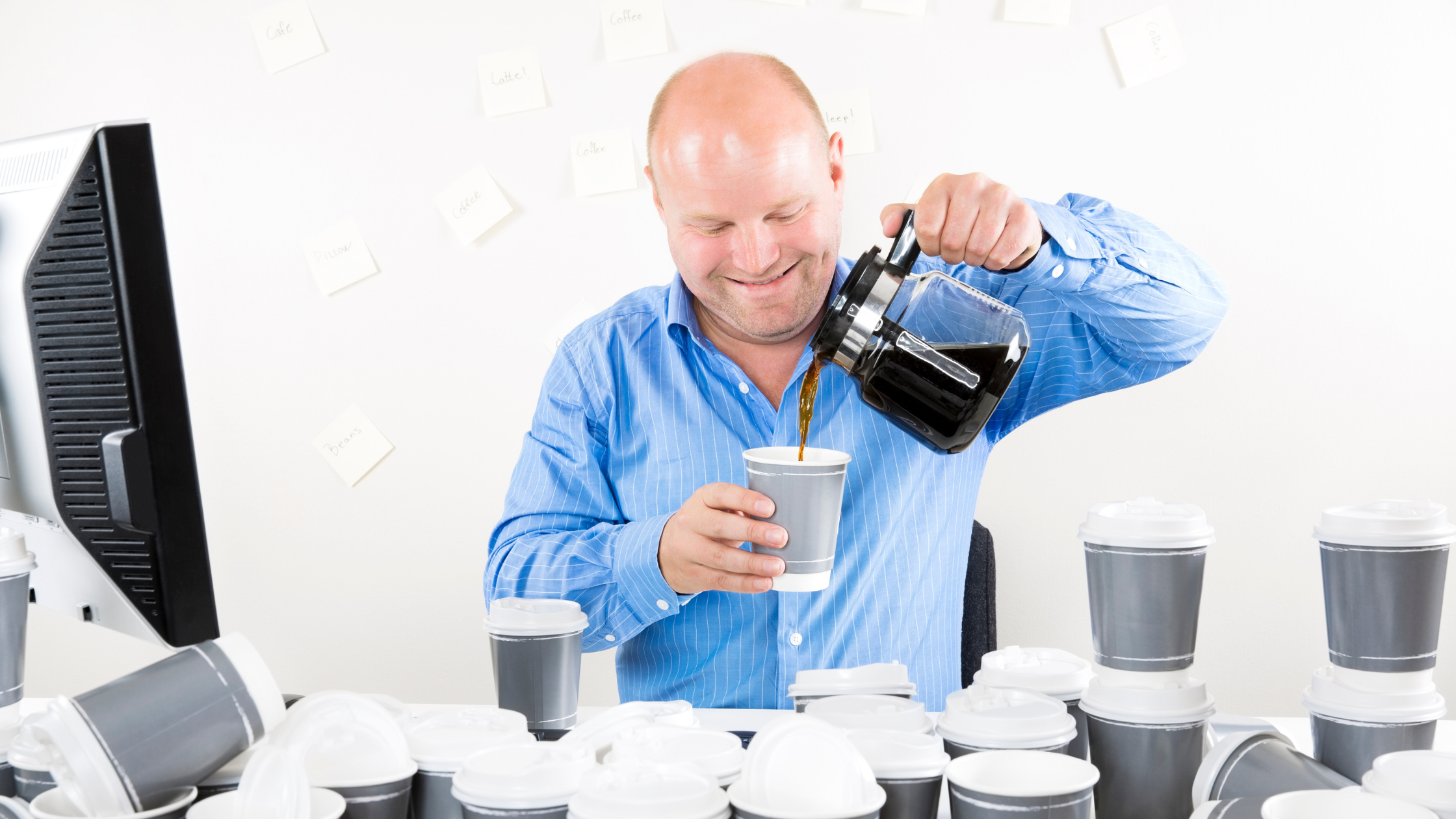 For most people, it’s no problem to partake of some daily caffeine in your favorite form. But the FDA does provide recommended guidelines to help you draw a line and not overdo it. The agency recommends no more than 400 mg of caffeine per day for healthy adults. This translates to about four or five 8-ounce cups of coffee each day. But keep in mind that caffeine levels vary depending on the type of coffee beans used as well as roasting and brewing methods.

While you’re probably aware of some of the negative side effects of caffeine, can it actually cause harm in large quantities?

Around 700 mg is enough to create toxicity in a 150-pound adult, and it takes about 10,000 mg for caffeine to become lethal. Even though you’re probably not going to die from caffeine consumption, drinking eight cups of coffee in a day is definitely going too far. Once toxicity sets in, you can even experience seizures.

But keep in mind that caffeine sensitivity varies widely from person to person. So, your friend may be able to down two more cups of coffee without the negative side effects.

So what are the signs of too much caffeine?

Wakefulness and energy–that’s why you drink it, right?

But if you are more caffeine sensitive, or if you consume 1,000 mg or more per day, you’re more likely to feel nervous, agitated, and jittery. If you’re sensitive to caffeine’s effects then you might consume far less than this before experiencing caffeine-induced anxiety. And if you already suffer from anxiety, caffeine will likely worsen the symptoms. 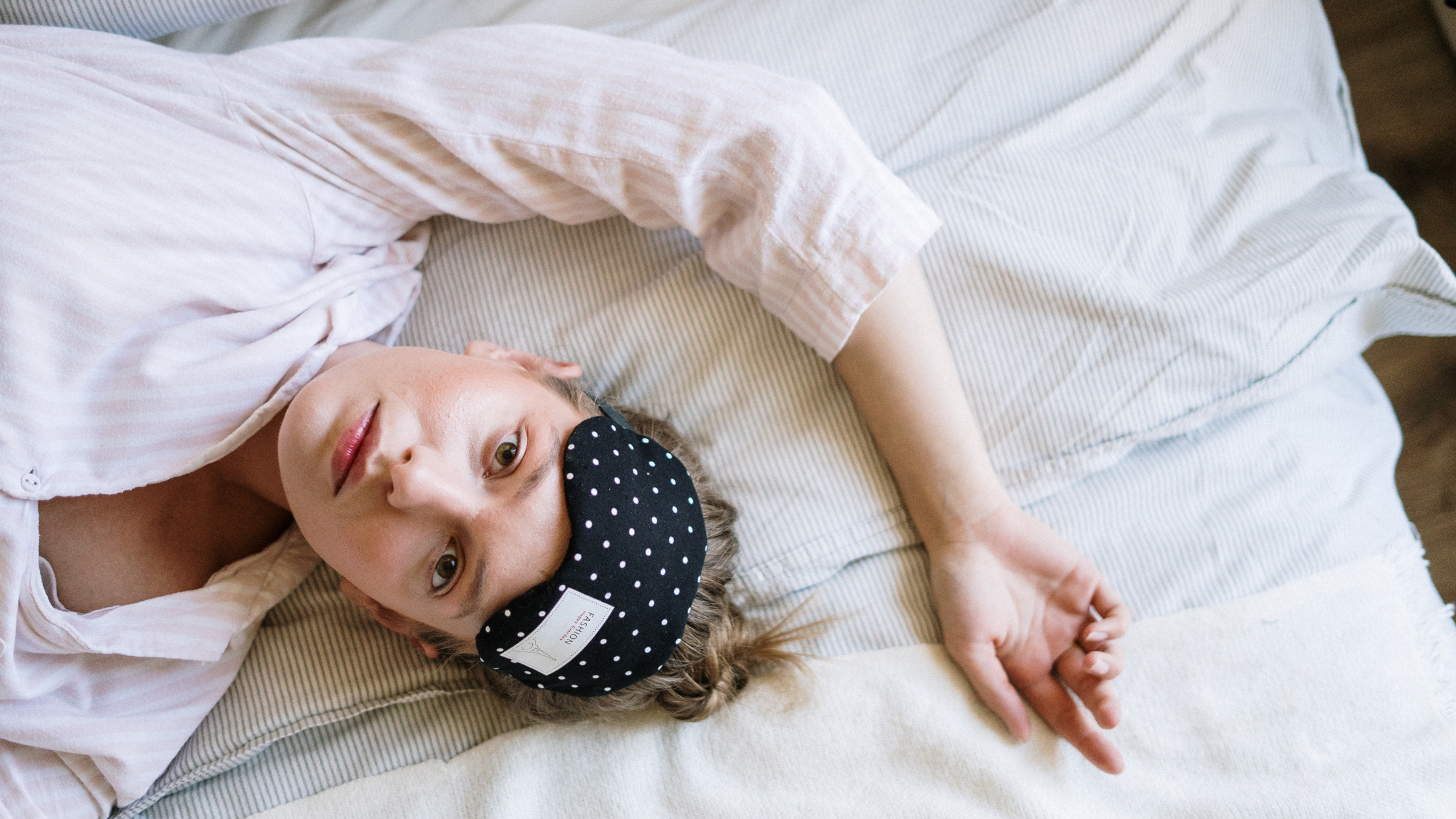 Not only can too much caffeine keep you from falling asleep, but it can also decrease the quality of your sleep. Tossing and turning at night? It might be those extra trips to the Keurig. Research suggests you’ll feel the fullest effects after about two hours, but caffeine can stay in your system for up to nine and a half hours. That means that your afternoon pick-me-up could easily interfere with your sleep cycle. 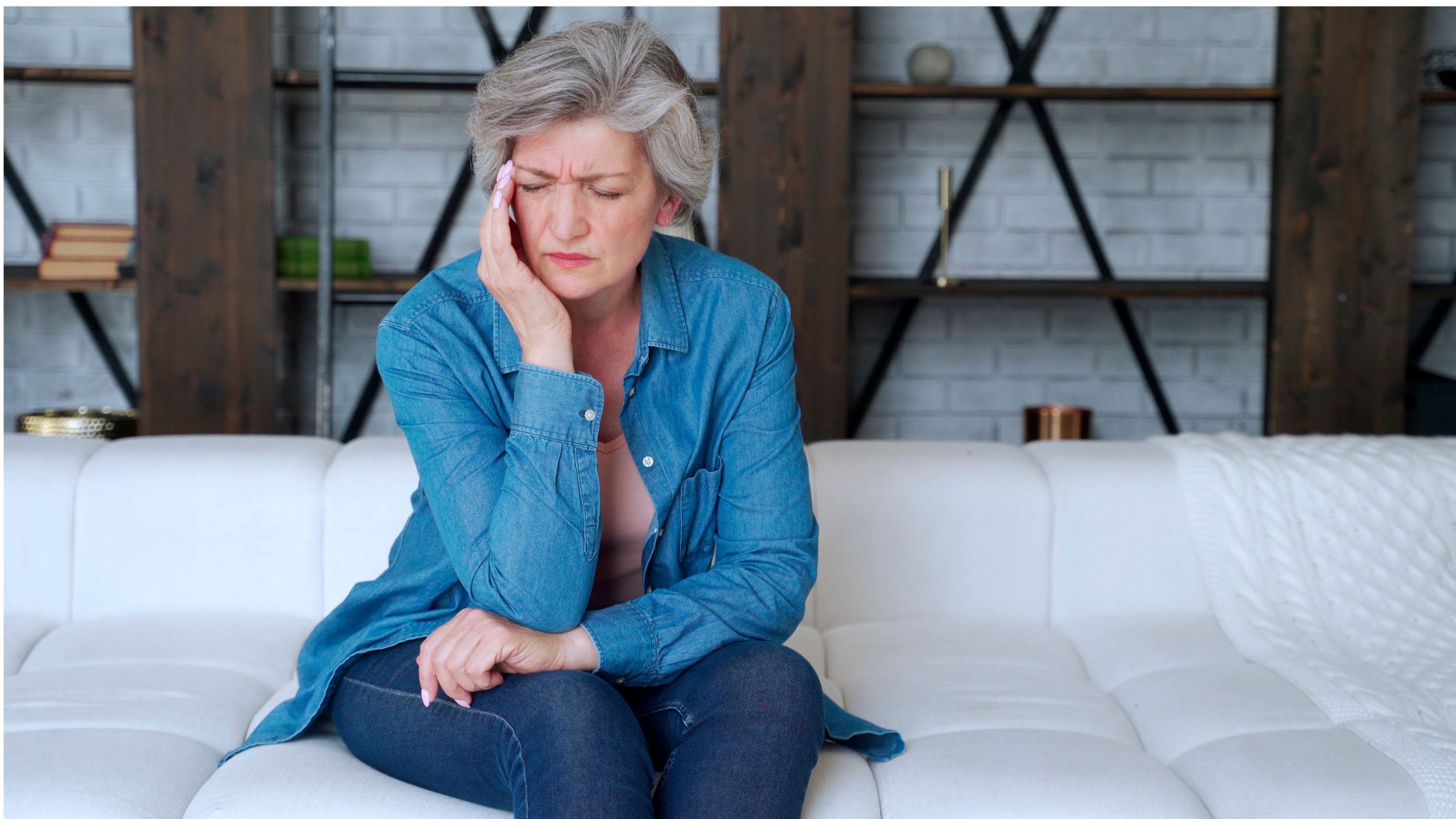 If you exceed your personal caffeine threshold, it’s not uncommon to experience a doozy of a headache or even a migraine. For most people, a couple of cups of coffee or 200 mg of caffeine a day is perfectly fine. But frequent headache sufferers should try cutting out caffeine completely to see if it improves their symptoms.

It might take a while to come to a conclusion because caffeine withdrawal can also trigger headaches and migraines. You can reduce withdrawal symptoms by gradually reducing your caffeine intake. 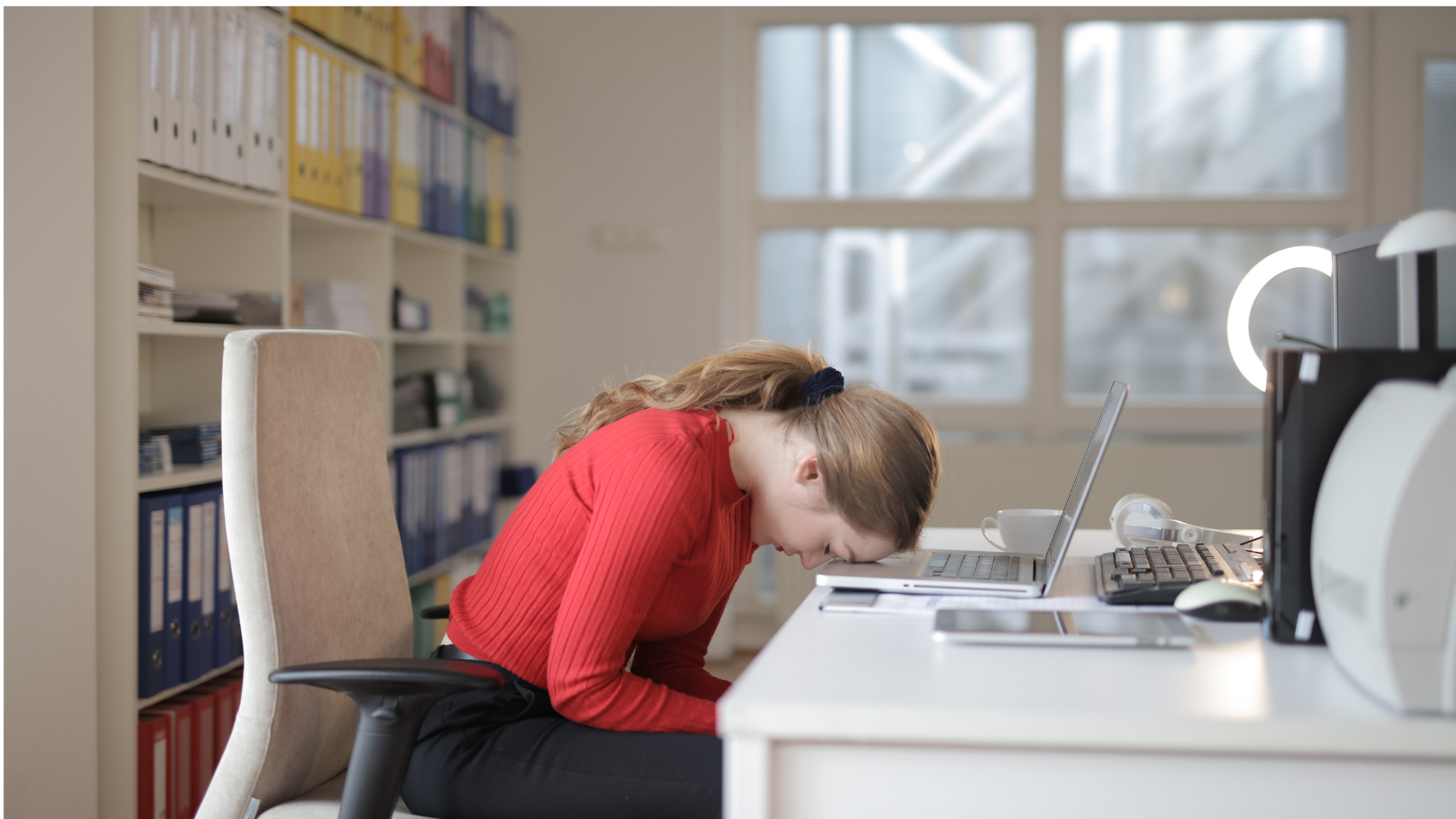 If you’re dragging by 2 p.m. and longing for a quiet place to nap, it could be due to too much caffeine that morning. When you’re charged up with superhero energy (which is how caffeine can make you feel), you’re bound to notice the contrast as the caffeine metabolizes out of your system.

The sleep-inducing chemicals that were blocked by the drug become free to flood your system and may do so with a vengeance. After the elevated caffeine levels, your body might be even more sensitive to the onset of sleepiness.

The best strategy for avoiding afternoon crashes is to know your morning caffeine limit. Compare the amount of caffeine you have each morning with how you feel in the afternoon. You may be fine in the afternoon after two cups of morning coffee but add a mid-morning energy drink and you might fall flat as you roll into mid-afternoon.

Caffeine Affects Your Bladder More Than You May Realize 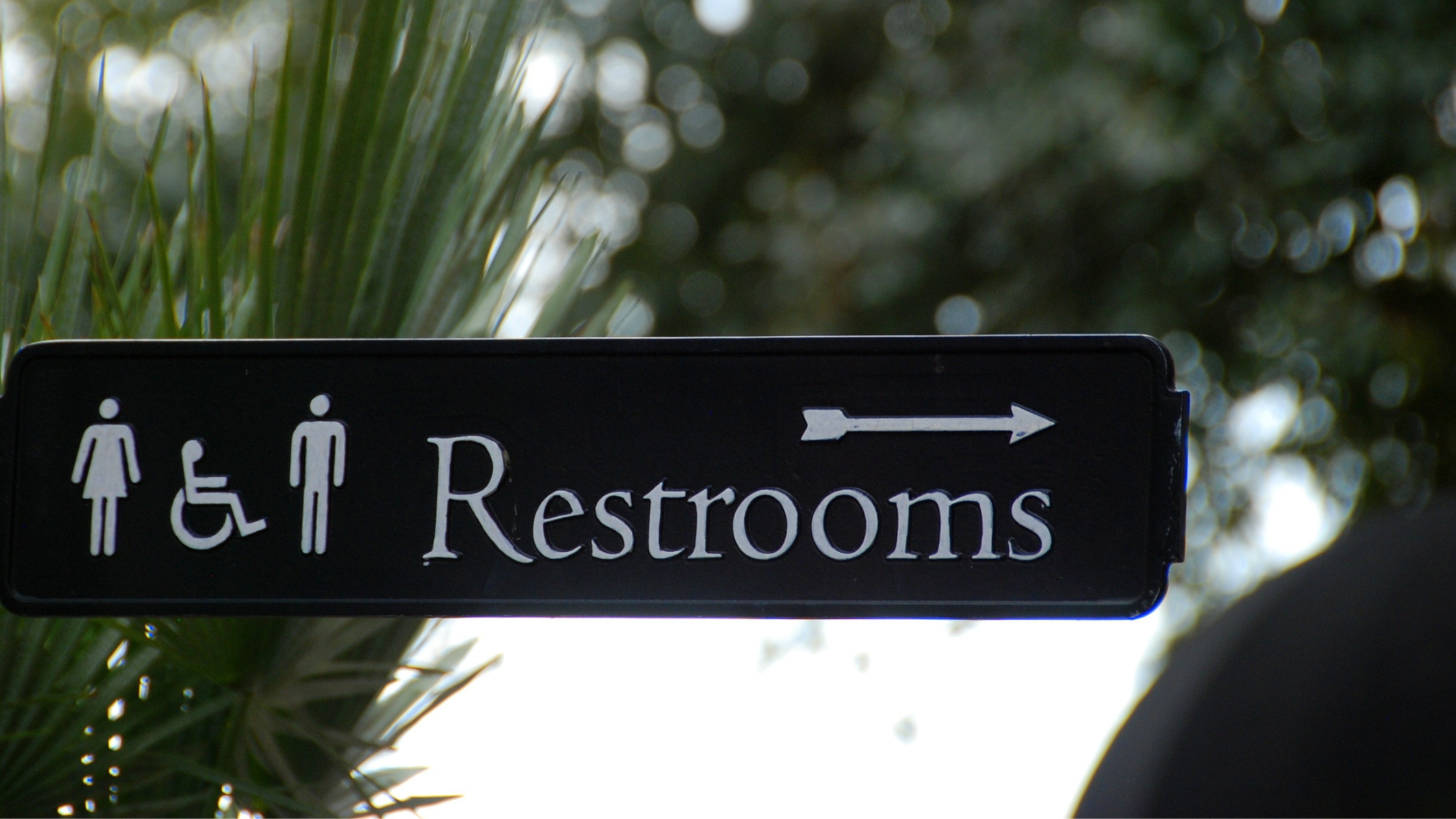 You have probably noticed a more urgent need to pee after drinking caffeine. But if you already struggle with bladder leaks, overactive bladder, or urgency, then you may want to avoid caffeine more often.

Caffeine is a diuretic, which means it decreases how much liquid your tissues absorb and instead passes it through your system, increasing urine output. This can aggravate incontinence symptoms.

But that’s not all. If you’ve ever felt bladder discomfort, pressure, or pain, it could be due to your caffeine consumption. This enticing stimulant is also a bladder irritant. And the dehydrating effects of caffeine can also lead to a bladder infection.